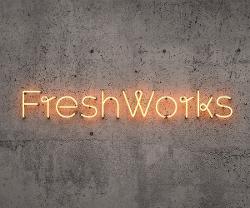 The 14th February performance will be Auslan Interpreted by Dalia Rozsa-Brown and Rosemary Profilio. If that time doesn't suit, another performance can be arranged to be interpreted on request.Ý

As a woman, where can you go in your hour of need? For this family of queer intimates, the answer is: to bed.ÝThe Bed Party, a new Australian play with an all-female cast,Ýis part slumber party, part consciousness-raising circle: a theatrical love letter to women's lives with women.

In a Sydney sharehouse in 2016, five feminists come together, and come apart, as they navigate the turbulence of one eventful weekend. Around the central bed-their meeting place, their safe space and their rallying point of resistance-they confront difficult circumstances both personal and political.

The Bed PartyÝdives deep into the nitty-gritty of relationships between women, to portray a slice of contemporary queer life in all its frequently messy glory. TheÝcharacters devote their lives to women; as partners, as friends, as comrades-in-arms. The play devotes its attention to (the specificity of) their lives, giving voice to the complexities, and the significance, of women-centred experience.

Brought to you by

For all ticketing enquiries or if you've any query regarding your purchase please contact our support team at: